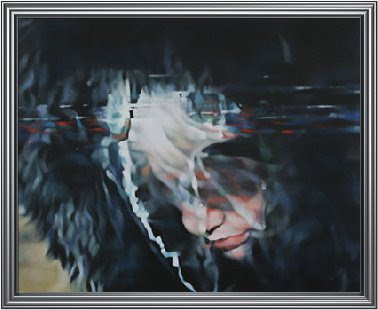 The movie "Danger: Diabolik!" directed by Mario Bava with John Phillip Law as Diabolik and Marisa Mell as Lady Eva Kant has made quite an impression through the years on many creative people working in the movie business, even to this day! But it does not stop there! The movie also often had a lasting impact on other artists working in other areas of the arts like the visual arts! One of these v 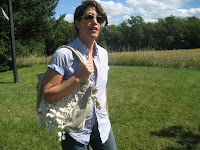 isual art artists making a link between the movie and her work is Judith Eisler. Judith Eisler was born in 1962 in New York where she is still living and working. Eisler has a very uncommon way to create her paintings: she uses (cult) movies for her sources, pressing the pause button on the VCR, shooting the image with her digital camera, and then painting from the resultant photograph on the canvas. Eisler says of her paintings: "Each canvas is, in many ways, a fight between abstraction and representation." Her works typically have glossy surfaces and feature blurred often anonymous imagery. She has been compared to the German artist Gerhard Richter due to their similar working method. For her work, Judith Eisler received a BFA from Cornell University in 1984. In 2005, Judith Eisler painted this oil on canvas painting of one of the final scenes in the movie, where Marisa Mell as Eva Kant is mourning the lose of her partner Diabolik, hence the black fur and veil while tears are running from her cheek! Many fans of the movie regard this scene as one of the best and most beautiful shot scenes of the movie! So it is no wonder that the artist was attracted to this frame when deciding to make a painting of Marisa Mell! The painting is called "Marisa Mell 2"! It has the measurements of 48 by 60 inches (1.20 m x 1.54 m)! Special for this painting, knowing how the artist works, are the stretch marks on the painting resulting from the stretch marks on the VCR tape when the tape is worn out due the many viewings or the wear and tear of the VCR transmission heads. Nothing is known of the original asking price or where the picture is now! 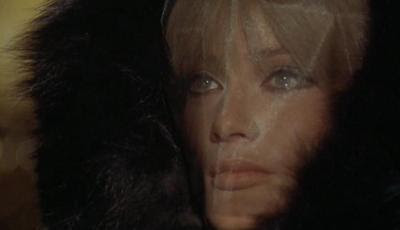 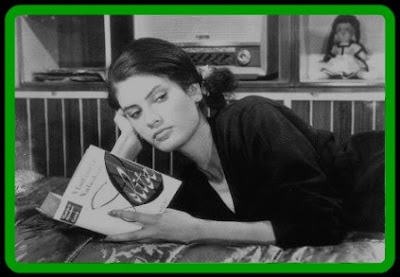 On November 11th, 1960, the Austrian movie “Wegen Verführung Minderjähriger” had its world premiere starring Marisa Mell as Inge, a 16 year old school girl falling in love with her 41 year old school teacher leading them both on a path of self destruction. The movie made quite some headlines at the beginning of the sixties in Europe at the dawn of the sexual revolution. 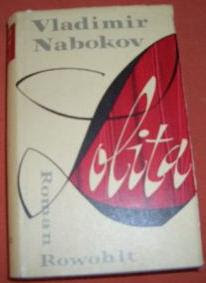 The impossible love story is a variation on a theme that became very notorious in 1955 when the Russian writer Vladimir Nabokov wrote his novel “Lolita”, now belonging to world literature. In his novel Nabokov tells the story, via his protagonist, of a middle aged man called Humbert Humbert, who becomes obsessed and sexually involved with a 12-year-old girl named Dolores Haze, also called “Lo” or “Lolita”. The name "Lolita" has since then entered pop culture to describe a sexually precocious young girl. So it is not strange in the Marisa Mell movie that she as Inge reads at a certain point the Nabokov novel “Lolita” seeing herself as a real life Lolita seducing her much older teacher. Lolita got its first film adaptation in 1962, two years after the Austrian movie of 1960 and again in 1997. Since the 50’s, the name “Lolita” is associated with very young beautiful girls on the brink of their sexual awakening in a relationship with a much older man. This makes a lot of men dream of having such a relationship and was at the origin of a new kind of genre movies in Europe and especially Italy and France called what else the “Lolita” movies. Some of the best known Lolita movies are the first “Emmanuelle” by Just Jaeckin in 1974 or “Bilitis” by David Hamilton in 1977, emulating the free spirit of the 70’s. 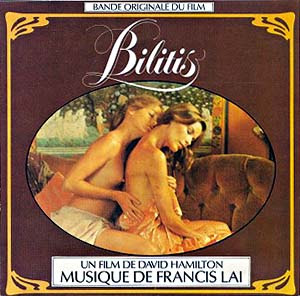 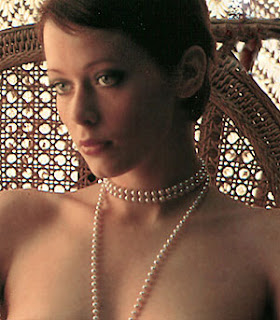 Not only the movies picked up the character of Lolita, the music business did also. In 2000, at the age of 16, the French artist "Alizée" had a massive hit with “Lolita” in Central and Eastern Europe, selling more than 1,2 million copies. The name “Lolita” hit again in Europe in 2007 when the French candidate “Julien Doré” took the Alizée song and made a version of his own to compete in the French version of Idols, which he won and since then became a rising star in French speaking countries.
Posted by Mirko di Wallenberg at 1:33 PM 1 comment:

Posted by Mirko di Wallenberg at 1:32 PM No comments:

A cat with an attitude! 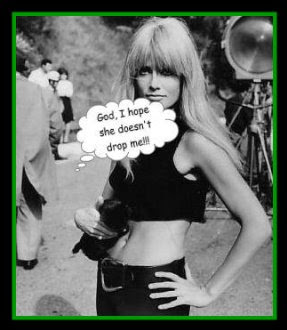 During the production of the movie "Danger: Diabolik!", directed by Mario Bava and starring John Phillip Law as "Diabolik" and Marisa Mell as "Lady Eva Kant", the production crew did not only film in the studio's owned by producer "Dino de Laurentiis" called "Dinocitta" in Rome but also outside in two other places in the Italian country. The first place was Turin, a major city as well as a business and cultural centre in northern Italy, mostly famous for the Shroud of Turin, a linnen cloth with the face of Jesus. The other place is Anzio, a city and comune on the coast of the Lazio region of Italy, about 57 km south of Rome. The city is well known for its seaside harbor setting, fishing port and a departure point for ferries and hydroplanes to the Pontine Islands of Ponza, Palmarola and Ventotene. During the production of the movie, Marisa Mell and John Phillip Law were a real life couple and were living together (as can be seen on a photo in the the excellent Tim Lucas book about the life and work of Mario Bava called "All the Colors of the Dark"). While filming on the beach of Anzio, best known in the movie for the famous Diabolik castle-scaling scene, both actors found a little stray black kitten. Marisa Mell being an animal lover could not leave the kitten to its fate. So she adopted the little one. Giving it a name was not difficult either: Diabolik. The character Diabolik in the Italian fumetti is often refered to as the black cat in 60's, the early years of the comic, in later years he is called the panther. The cat stayed with the couple during the entire production of the movie from april untill may of 1967. At the end of the production, both actors seperated and went their own way. Because Marisa Mell was more a dog then a cat lover, having owned several dogs during her life, the black cat found probably a new home with one of the productions members. Nevertheless, Diabolik the cat became movie history thanks to the behind the scene pictures of the staff photographer. 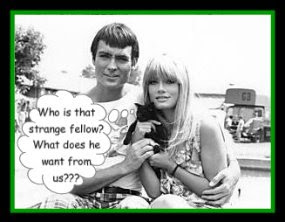 Labels: All the Colors of the Dark, Behind the scenes, Cat, Danger Diabolik, Diabolik, Mario Bava, Tim Lucas

Fill her up and drive her in!!!

In 1967, the Drive-In cinema's were still very populair in the USA with often movies specially made for that market like Carnival of Souls! Other movies like the Wicker Man from England and Danger: Diabolik! from Italy had a limited run in general cinema's and ended their career several months later in Drive In's. This clip shows the trailers for the three before mentioned movies together with the Intermission reel luring the audience in buying the snacks like popcorn, cola's, hot dogs at the snack bar of the Drive In.

A "Stuntman" in Japan! 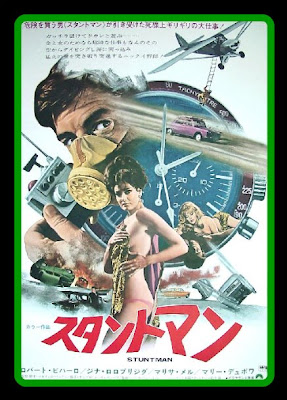 In 1968, Marisa Mell starred as "Gloria Hall" in an Italian-French co-production "Stuntman" were she tried to lure a stuntman into stealing an Indian artifact. This is the Japanese poster for the movie! Japanese movie posters, like the Belgian ones, are specially made for their market. Most movie markets in the world are rather lazy in the promotion of American and/or non American movies. They just copy the template of the movie posters and put a font on it in the language of their country. Work done! Japan and Belgium on the other hand are very inventive and have a long tradition of making their own posters combining several eye catchers from the movie they are going to promote. In other words, most posters from Japan and Belgium are original creations. While the domestic movie poster for this film mainly focusses on the stunts with big crashing cars in front of the poster and the actors in the back ground, this poster has the main focus on the actors and the spy aspect of the film like the chrono watch, gas mask, the remote control, wrestling women and a nude Marisa Mell. Hence the poster has a very strong James Bond feel to it.
Posted by Mirko di Wallenberg at 12:05 AM 3 comments: 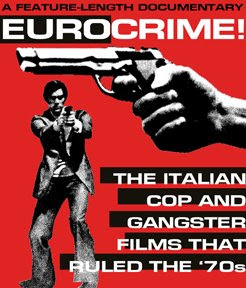 During the 1970's, Italy was hit by a number of very bloody and very violent crime waves connected to the Mafia, terrorists, gangsters.... So it was not strange that Italian cinema quickly picked up this new social phenomenon and poured out in the end more than 250 Eurocrime movies. This new genre of movies, based in the beginning on American gangster movies, gave work to a lot of movie stars, Italian and foreign, who were already household names in other genres like spaghetti westerns, Italian horror movies, gialli... with names like Franco Nero, Antonio Sabato, John Saxon, Joe Dallesandro, Henry Silva or Fred Williamson. Even Marisa Mell could not escape this trend in movie making. She also appeared in some Eurocrime movies like "Milano Rovente" with Antonio Sabato, "L'ultima volta" with Joe Dallesandro or "La belva col mitra" with Helmut Berger. Mike Malloy has been hard at work on a new documentary called "Eurocrime! The Italian Cop and Gangster Films that Ruled the ‘70s", togehter with the expert participation of genre genius Kier-La Janisse. Mike Malloy has pulled together a roster of the top actors and directors in the Italian crime genre in order to get their perspectives on these tough, brutal, and occasionally dangerous films. A release in late 2009 is anticipated.
Posted by Mirko di Wallenberg at 9:42 AM 2 comments: