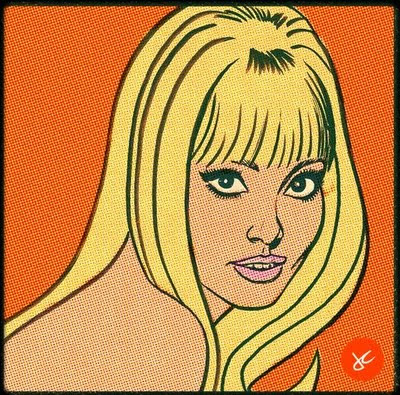 Although Marisa Mell never had the status of Marilyn Monroe after her death, she is still around in the conciousness of fans around the world until this day. And that is amazing to me after almost 20 years since her passing. Other more famous actors and actresses than her are almost completely forgotten like Rock Hudson, Rex Harrison, Lana Turner..., you name them if you can remember them! So it is always nice to see some kind of rendition of Marisa Mell in any art form. Justin Coffee has made this beauftiful pop-art version of Marisa Mell called "Eva" in her role as "Eva Kant" from the movie "Danger: Diabolik!" Justin is a free-lance artist living in Pennsylvania (US) who loves to draw in a cartoonish style. He has a very beautiful blog called "Cream and Sugar" where you can see his amazing art work and the best is that you can purchase the pieces that you like. 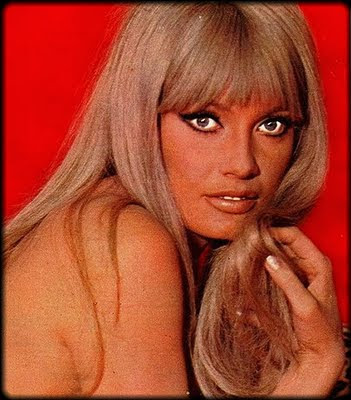 The basis for the art work of Marisa Mell as "Eva" was taken from a publicity picture for the movie "Una Sull'Altra" shot a year later after "Danger: Diabolik!". The photographer was Angelo Frotoni.
Posted by Mirko di Wallenberg at 11:16 PM No comments: