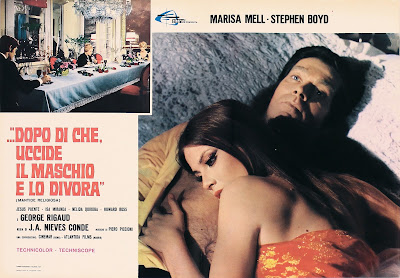 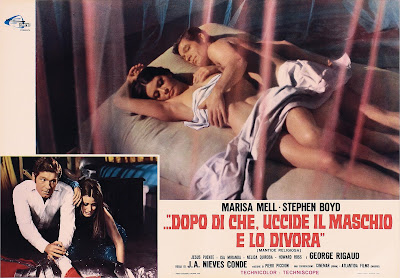 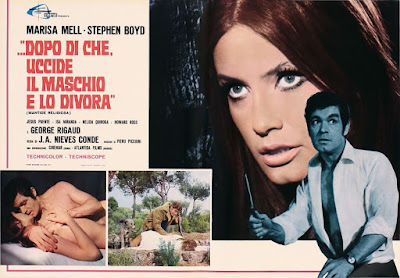 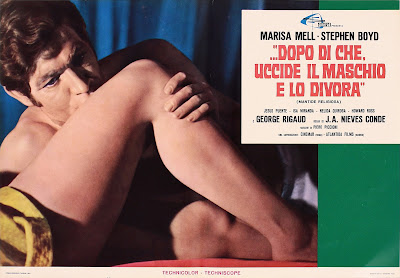 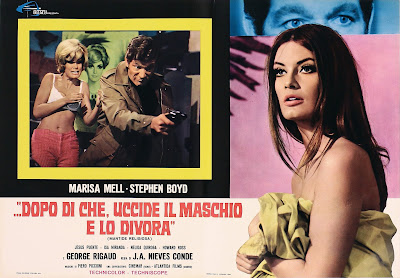 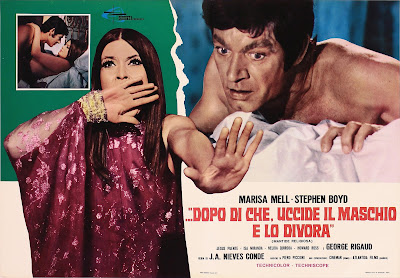 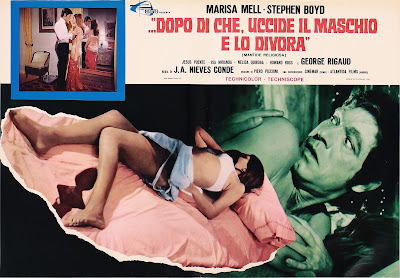 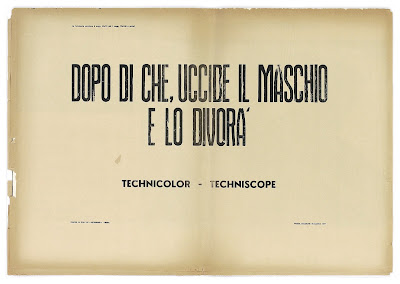 Posted by Mirko di Wallenberg at 8:39 AM No comments: 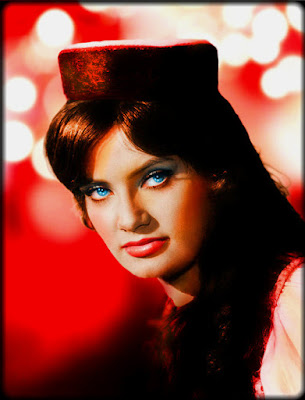 Marisa Mell had just finished theatre school when she was cast in 1959 in the role of "Alka" for the West-German production "Am Galgen hängt die Liebe", a war story based on a Greek tragedy! To promote her as an up and coming actress for this black and white movie this promotional photo was made where Marisa Mell was gorgeously shot in all her beauty at the tender age of 20 years. The photo was strongly enhanced in color, even changing her emerald green eyes into aqua blue eyes for a more dramatic effect! Making this photo also special is the way Marisa Mell is sending a very clear no nonsens message to the person standing next to the lens, one might even call it an accusing stare at that person! To my knowledge, never ever again in her career she made a photo like this one with such intensity!
Posted by Mirko di Wallenberg at 12:54 PM No comments: