Marisa Mell to star in new film – almost 23 years after her death! 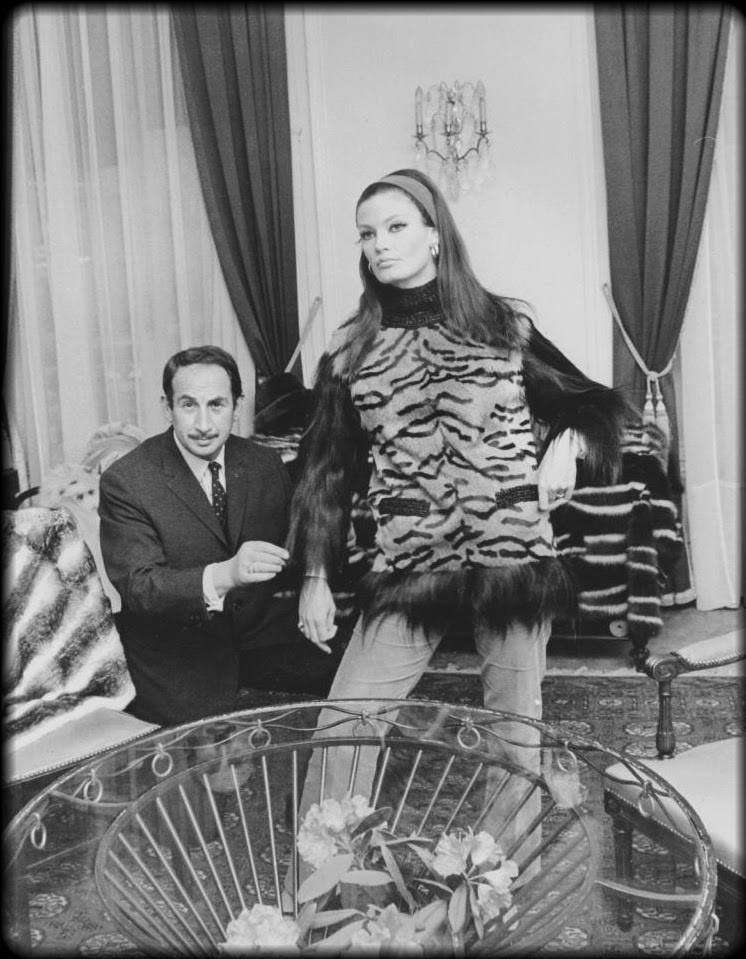 “His Mother’s House” - « La Maison de sa Mère », the new film project by German writer-director André Schneider (who also authored “Die Feuerblume”), will be both, a homage and a vehicle for Marisa Mell. The late actress, who died in 1992, will “play” a key role in this drama about a man’s search for his roots.

“His Mother’s House” follows the journey of Anam Wagner, a man in his thirties. Professionally successful and single, he leads a rather carefree life. He and his younger brother have a very close relationship, and once in a while he visits his embittered father. One day, he receives a phone call informing him that his mother had died. Even though he had hardly seen her in years and thought he had no connection with her whatsoever, Anam feels oddly shaken and drives up to the sea where his mother had owned a beach house. And while he still thinks that he didn’t know his mother at all, he finds traces of her – and his own childhood – everywhere in that old house…

Needless to say who the estranged mother is! “His Mother’s House” is all about a woman who had left her husband and her two sons to pursue a B-movie career and paid a huge prize for her success. Marisa Mell’s photos by Angelo Frontoni will be seen throughout the film as well as scenes from “Senza via d’Uscità”, “Nel Buio del Terrore”, “Pena de Muerte”, “La Encadenada”, and “Una Sull’Altra”. Original scores by Carlo Savina and Riz Ortolani will also be part of this movie.

Pre-production has already begun. As soon as the funding has been successful, cameras will start rolling – hopefully in early 2015, around Marisa Mell’s birthday.

You can be part of this production, since Vivàsvan Pictures is still looking for sponsors and donors. About 8.000 euros are still needed to proceed with the production.

For more information about this great project you can get in contact with André Schneider at Vivàsvan directly:

or make a donation directly to:

Every donor / sponsor will not only receive a film credit (if wanted) but full access to all stages of the production; you can visit the set, be in the editing room. You will be invited to the movie's premiere and will receive a DVD, music CD, set photos, and a movie poster.
Posted by Mirko di Wallenberg at 5:33 AM No comments: 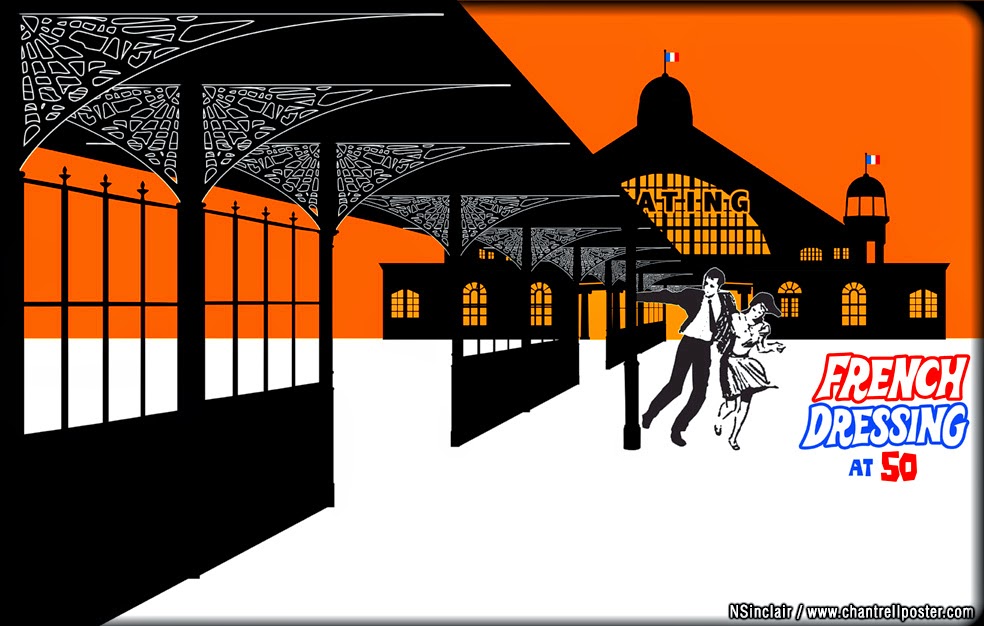 One of my top 3 Marisa Mell movies is the 1964 comedy caper movie "French Dressing" directed by Ken Russell, notorious almost a decade later for his 1971 shocker "The Devils",  with leading men James Booth and Roy Kinnear. The movie had its world première on April 10th 1964. The movie was for the most part shot in Herne Bay, England and shows us a surprisingly comedic side of female star Marisa Mell, that will never be repeated again in her later career and thus making this movie a really stand alone among all her other movies and television work. To commemorate the 50th year since the first showing of this movie, curator Nicholas Sinclair has put together a special exhibition celebrating the life and work of British filmmaker Ken Russell and his first movie "French Dressing". Special attention is given during this exhibition to the history of the making of this movie in Herne Bay and its locals who often participated in the movie as extras. What makes this exihition also very special for Marisa Mell fans is the fact that the curator also had a special eye for the contribution of Marisa Mell in this movie and its success, slowly building into a cult following in the years since. The visitors will see a lot of ultra rare and never before seen material regarding the production of this movie and the contribution of Marisa Mell, belonging to numerous owners, some even related to the production of it. Hence Marisa Mell features heavily througout the displays in stills, behind the scene photos, original and reproduction marketing artwork and even in a recent discovered colour cinefilm in the vault of a cine maker made during the production of French Dressing.
//
Practical information:

The museum is situated 9 miles outside of Canterburry via A28 en A299.

The museum is open from Thursday untill Sunday from 11am untill 4.30 pm.

There is not a catalogue available for the exhibition but there is a free filming location trail map available of Herne Bay, in the film known as Gormleigh-On-Sea, which can be taken away as a souvenir.

To wet you appetite for this exhibition here are some photos in color of the movie which is quite rare because the movie and almost all of the publicity stills and material are mostly in black and white. 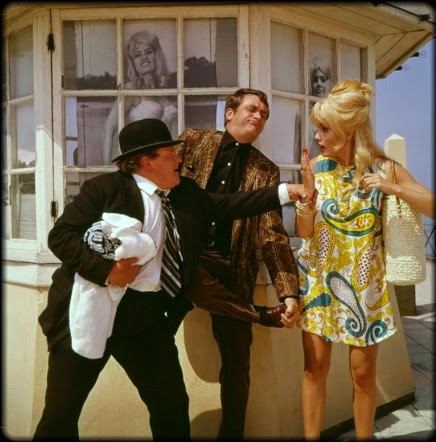 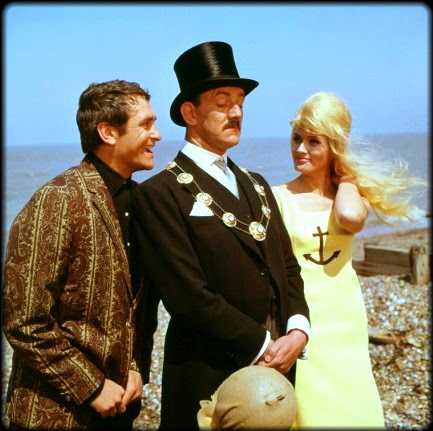 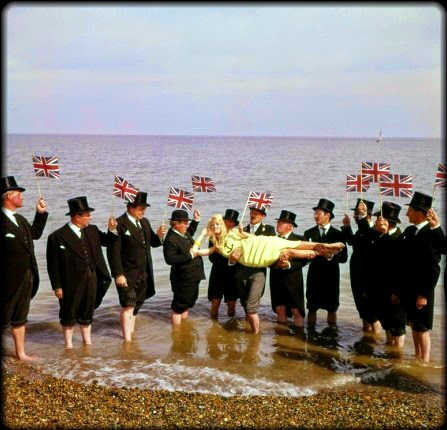 As a bonus the opening track of the Georges Delerue soundtrack emphasizing the comedy caper theme of the movie:

Posted by Mirko di Wallenberg at 12:00 AM No comments: