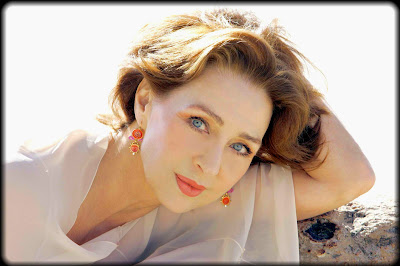 Today's entry for the 5th anniversary of the Marisa Mell Blog (MMB) is a real treat for all fans of Marisa Mell who are following day in, day out the blog since July 2008! Thanks to the continuous efforts of German Marisa Mell fan André Schneider from Berlin the Marisa Mell Blog is proud to show you a video made by German cult movie star and now health expert Christine Kaufmann talking about her friendship with Marisa Mell. Christine Kaufmann may not be well known by the present internet generation but during the 50's, 60's and 70's she was a major movie star first in Europe and then in Hollywood. At an early each of 7 years in 1952 she started her career in the German production of "Im Weissen Rössl" (White Horse Inn). Her major break came two years later with the absolute German cult classic "Rosen-Resli". She was then only 9 years old and captured the hearts of millions of Germans. Internationally she drew attention several years later in 1959 with the sword and sandal movie "The Last Days of Pompeii", co-starring Steve Reeves and in, one of my favorite movies, in 1961 with "Town without Pity" with Kirk Douglas, which earned her a Golden Globe Award. 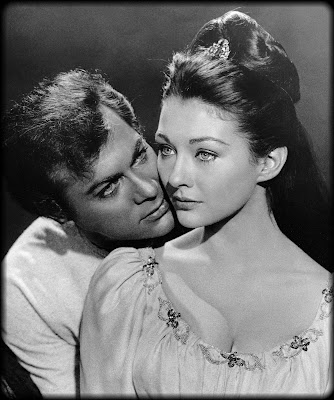 In that same year she played in the historical action movie "Taras Bulba" with Tony Curtis. Not only were they lovers on screen but also in real life when Tony Curtis fell head over heels in love with his co-star. After his divorce with Janet Leigh, they married in 1963. During the marriage the movie career of Christine Kaufmann was more or less on hold as she devoted her time being Mrs Tony Curtis while giving him two wonderful girls Alexandra and Allegra. Sadly the marriage ended in 1968 and Christine Kaufmann came back to Europe to resume her movie career. 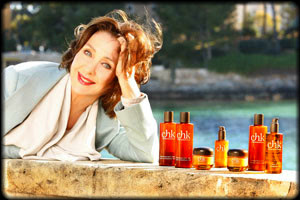 Since then her movie and television credits have reached almost 110 entries, not forgetting her theatre career in German speaking countries. And if that was not enough Christine Kaufmann became an expert on everyting concering beauty, health and positive living making her a successful business women, promoting her own cosmetic line, writing her own books on beauty and health and two autobiographies on her life inside and outside the pictures.

So let's hear what Christine Kaufmann has to say about her friendship with Marisa Mell:

For the Marisa Mell fans who are not speaking German here is a free translation of the video entry of Christine Kaufman:

So, one of the questions that I have been asked, I would like to answer as a video entry, namely to tell some anecdotes about MarIsa Mell. It was only in the 80’s that I have truly got to know Marisa Mell. I was filming in Rome, and I asked her if I could spent the nights at her apartment in Rome as long as it would take to shoot the movie because I really hate staying in hotels, being on your own in these hotels as an adult. During my childhood acting career I always stayed in hotels together with my mother. Marisa Mell found it no problem to put me up for several weeks but there was only one problem she said: Helmut Berger. He lives around the corner and he can become quite a nuisance at night! 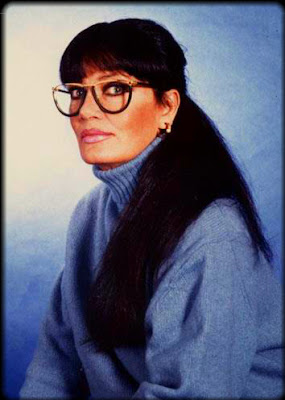 Marisa Mell was really great to stay with and she had a sweet dog! An afghan dog (Rocco). This story I would like to tell first. Marisa Mell declared that the dog was a reincarnation of someone which I do not remember now. The dog was so sweet and Marisa told with her husky Italian accent that the dog had telepathic powers. So I had my own sleeping room because I needed to get up very early in the morning to go to the film set during the week and in the weekends we were free. During my stay the dog had made it his habit to be always at my bedside just a few moments before I would wake up. I always laid on my back just before waking up and totally cuddled up under the blankets when the dog would come in and resting his head on the blankets just right under my face waking me up with his sniffing and warm breathing. One Saturday morning around 6 AM I thought just before waking up: “Please, come back in 5 minutes.” The dog went away and after 5 minutes he came back to wake me up! Later during the day I told Marisa what had happened. She said: “I told you so that the dog is telepathic”. 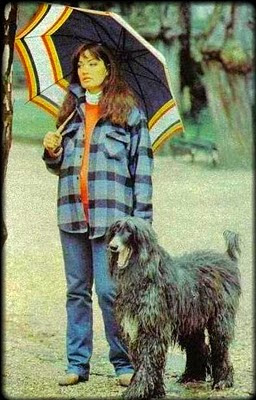 Let’s return to Helmut Berger. At that moment in time Helmut Berger was still a very beautiful man but as always very demanding. We had social gatherings with him like diner… One evening at 11 PM we wanted to go to bed when Marisa asked me: “Do you have by chance a tampon with you?” I said “yes, I have”! So she wanted to have one. Together we have then opened a new package, made it a little wet and put it behind the shell of the doorbell so that the hammer of the bell was blocked. And indeed around 4 AM in the morning the bell went “RRRRRRRRR” instead of the hellish “KKKKKKKKRRRRRRRR” as usual. So Marisa knew how to keep Helmut Berger at night away from your door. 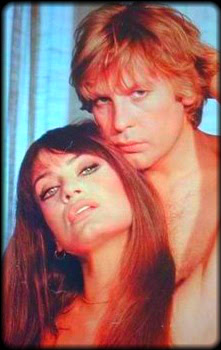 After my stay in Rome I have not seen Marisa during a long time but we kept in contact together because, for me, she was an incredible women. She was a real pal and friend, like Sonja Kirchberger, who is also a women that becomes a real pal like myself though people not often recognize this. 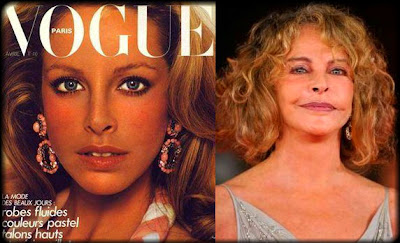 Never mind. I saw Marisa back around 1985 or 1986 when I was playing again theatre in Germany, at the city of Bonn. Our age was around 40-ish. When we saw each other again we said jokingly “you are also not lifted yet”. Marisa had a very beautiful bone structure in her face. Then she told me: “Have you seen Sidney Rome?”. I said “yes” (BTW Sidney is a very sweet person). Marisa then said with a smile about Sydney Rome’s plastic surgery: “She can now whisper herself secrets in her own ears!” Please, I do not want to comment on that but at that moment it was so funny this line and the way Marisa told that to me in a serious manner. These are a few anecdotes about Marisa Mell. She had such a dry witty humor always commenting on life and people that we met in the same circles. 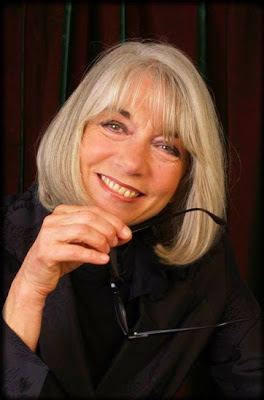 Many years later in the 90’s I was in Vienna with a male friend, not a relationship but a brotherly friend, who was among the few people that were taking care of her when she died. Yes, it was him together with another women (Erika Pluhar) who took care of her. The women was also a famous actress. She had cancer and did not want to rely on the traditional cancer healing methods. She had an Indian guru (Sai Baba). Someone told her that she would heal due her faith in the Indian guru. 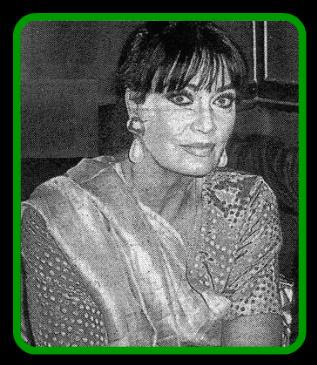 I was told that she was still looking physically well when she died, not worn out by chemo or losing her hair due the therapies. She had accepted her illness with dignity. I was not a direct witness but only got it from hearsay but it competes with the way I always knew Marisa Mell: a strong women with which you could eat a spaghetti at home but could also appear at high end cocktail parties where she would wear fragile golden shoes because she had very beautiful small ankles with a stunning face. 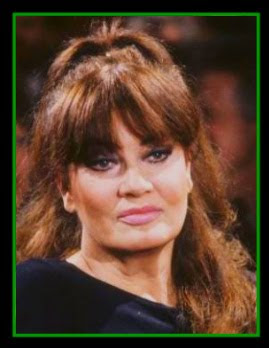 Last public appearence of Marisa Mell before her death

I talked it once over with Helmut Berger that she had a very androgynous face. She could also have been a very beautiful man. So that is everything that I would like to tell you about Marisa Mell. She was a women who was very women friendly but could otherwise give witty remarks about other women like the face lift of Sydney Rome.
/
I would like to thank Christine Kaufmann for this wonderful entry about her friendship with Marisa Mell down memory lane! It is highly appreciated. Thank you so much!
/
And last but not least I would like to give my buddy André Schneider a BIG hug and thanks for making this entry possible! It is the best 5th anniversary present that he the Marisa Mell Blog could ever have given! Thanks mate!
Posted by Mirko di Wallenberg at 2:58 PM